Rozmital on show in Lithuania

11. 10. 2021
After a year full of pandemic restrictions, expo life seems to be returning to normal. After the Země Živitelka and the Den zemědělce in Czechia, the exhibition "Ką pasėsi..." took place at the end of September in Lithuania and Rozmital was there.

Lithuania is an important market for the Rozmital brand. In the country, as in the rest of the Baltics, livestock production prevails over crop production, which creates a demand for forage machines.

"Over its quarter-century-long history, the Lithuanian fair has established itself as a major exhibition event for the whole of the Baltics. That is why we are pleased that Rozmital machines were presented at this event," says Petr Zaviačičič from the sales and marketing department of Strojírny Rožmitál.

"We have been cooperating with the Rozmital brand since 2008, when we became the exclusive distributor of Czech forage harvesting machines for Lithuania, and we are honoured to continue to cooperate with Rozmital," says Simona Kazilionytė from SPECAGRA.

Along with the Baltics, Rozmital is also represented in Central and Western Europe and in recent years the brand has managed to enter other European countries such as Spain, Romania and Bulgaria. Exports account for half of the annual production of Rozmital. Interestingly, outside Europe, Rozmital also supplies machines to the USA and South Korea. 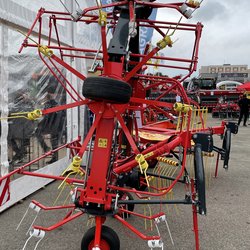 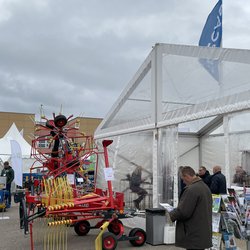 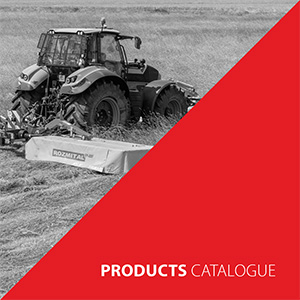